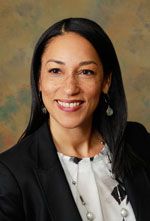 “My parents instilled in me at a young age that there is no substitute for hard work and preparation. This is the core philosophy that I have applied to my practice and what has driven me to work tirelessly protecting the interest of hospital systems, medical contractors and individual health care providers. Entrusted by my clients with their most difficult legal problems, I work efficiently and effectively to advocate on my clients' behalf with over two decades of experience defending medical providers in malpractice claims and working closely to advise risk managers and in-house counsel on the many legal issues which arise delivering health care.”

After receiving her undergraduate degree from Rutgers University in 1990, Gina then obtained her Juris Doctor (J.D.) from Georgetown University Law Center graduating in 1993.  In 2009, Gina was recognized as a “Top Women Business Leader” by Gazette Magazine.

Gina is a member of the Maryland – DC  Society for Healthcare Risk Management. Gina has served as Key Note Speaker for the American Case Management Association, Maryland Chapter on the topic of guardianship law as it relates to effecting difficult hospital discharges and for Maryland’s Continuing Medical Education Program on concepts of medical family law as it relates to minors, incompetents, surrogate decision makers, guardians and medical ethics on end of life issues.

In addition to the personal attention given to each of her clients, Gina has also lent her time and talents to the community in which she resides and works. Gina was a long standing Board Member on the Boards of Prince George’s Hospital Center and Prince George’s Hospital Center Foundation for many years.  Gina has also been an active member of the J. Franklyn Bourne Bar Association serving as Secretary and on various committees of the Association. In 2000 Gina was appointed by Governor Parris Glendening to serve as a State Commissioner for the State of Maryland Board of Docking Masters. In 2019 Gina was inducted as a Maryland Bar Foundation Fellow. Bar Foundation Fellows are those MSBA members who have demonstrated “...outstanding dedication and contribution to maintaining the honor and integrity of the legal profession, the improvement and facilitation of the administration of justice, the work of the organized Bar of Maryland and civic leadership.”

Away from the office, Gina enjoys spending time with her family and beloved dog Zoe. Gina is also an avid traveler and workout enthusiast.