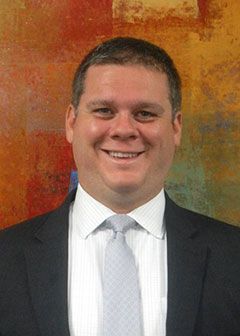 “I love the constant challenge of litigating cases and the combination of hard work, preparation, and diligence that goes into being a litigator. I also have a firm belief in holding myself to the highest ethical standards and making sure to listen to my clients and understand their needs. I see every case—big or small—as an opportunity to help my clients achieve the best possible results.”

Sam Wolf grew up in Frederick, Maryland. After graduating from Towson University with a degree in English Literature in 2003, Sam spent a year working in the payment processing industry before attending the University of Baltimore School of Law, where he earned his juris doctorate in May 2007.

Since graduating from law school, Sam’s practice has focused primarily on civil litigation. He joined MRR in August 2016 after spending 8 years at a Montgomery and Howard County litigation firm. Sam brings with him a wealth of experience representing defendants in complex civil matters, including: commercial/business litigation, insurance coverage and defense, defamation and invasion of privacy, products liability, and personal injury litigation.

Sam lives in Silver Spring, Maryland with his wife and their two dogs, Pepper and Edie. When he isn’t at the office, he can often be found hiking, biking, or in his basement playing his guitar.