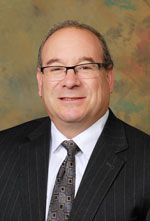 “I have been practicing law since December of 1990 and worked for three years as a law clerk prior to that time. I was initially trained to defend medical malpractice claims and was trained to learn as much as possible about the medical and legal issues that were crucial to each case. I have always recognized that knowledge is a key to success and there is no substitute for the same.”

After working as a defense attorney for approximately ten (10) years I began to work on cases on behalf of patients. I felt a closeness to my clients and sought to understand their emotions and the harm they suffered. My clients are like extended family members and I continue to strive to provide the best legal representation as possible.

Paul is a graduate from Indiana University and the University Of Baltimore School Of Law.  He has in the past represented a number of hospital systems before he began to represent patients and other injured individuals.  He has focused on litigating complex medical malpractice and related claims.  These cases often involve surgical errors, infectious diseases, and birth trauma, amongst many other types of medical claims.

Paul has an intense love of family and the outdoors and his dogs. He is an avid sportsman and enjoys woodworking as well.

Paul has secured numerous seven figure settlements in cases involving nursing homes, surgical and neurosurgical errors, failure to address abnormal laboratory results, anesthesia errors and issues concerning the use of medications, among many other medical claims.