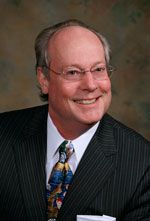 “At a young age I decided that I wanted to serve my country. After successfully matriculating from the United States Naval Academy, I began a career as a Surface Warfare Officer.  My years of Navy training instilled in me the ability to foresee issues in advance, solve problems and to successfully navigate a course around them for the safety and well-being of my crew and the success of the mission.  On retirement from the Navy, in my second career as an attorney, for over twenty years I have continued to navigate others- assisting business clients through the maze of legislation and rules to solve difficult procedural and legal problems to effectively meet their needs.”

Douglas C. Meister joined MRR in December, 1994.  Douglas has spent his career representing business entrepreneurs and assisting them to work through various government administrative processes and judicial review of those administrative decisions.  This includes a significant business litigation and real estate practice.  Douglas is a Maryland title insurance producer.

After receiving his undergraduate degree from the U.S. Naval Academy in 1977, Douglas served as a Surface Warfare Officer until retirement.  He obtained his Master of Arts degree in National Security Affairs in 1984.  He then obtained his Juris Doctor degree from the University of Maryland, graduating in 1996.

In addition to his practice, Douglas is a member of the American Society for Legal History and serves as legal counsel for the Friends Of The Patuxent Wildlife Research Center And Patuxent Research Refuge, Inc.

Away from the office, Douglas is an avid fan of DC United.  He also enjoys traveling and is a serious reader of both non-fiction and fiction books – hardbound preferred.